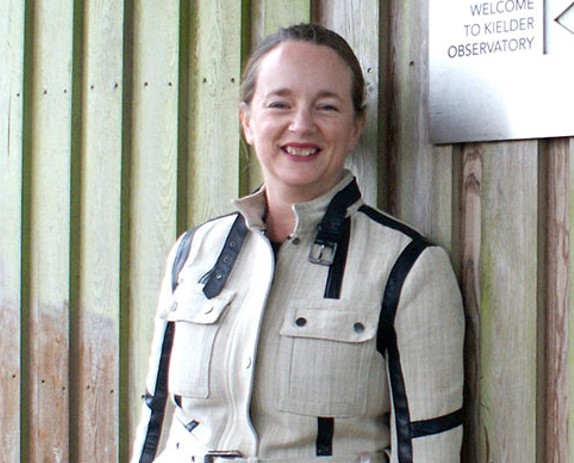 Catherine was appointed as CEO of Kielder Observatory in September 2019 and brings a wealth of knowledge of the space industry. As Director of the North East Centre of Excellence for Satellite Applications, she built the fastest growing space cluster in the UK. Prior to that, Catherine was instrumental in turning the North East Technology Park from “two buildings in a field” to a £100M pioneering science park. Catherine was Vice-Chair of the United Kingdom Science Park Association, a Board Director of the International Association of Science Parks (IASP), founded Women in IASP, and sat on the Women’s Advisory Board for the North East Chamber of Commerce. Catherine is a trustee of Helix Arts, a Director of Generator North East, manages Southpaw Dance Company and is an evaluator for Strength in Places, Innovate UK’s £300M innovation fund.

“I vividly remember seeing the launch of the very first space shuttle mission, STS 1, when I was a child. It had a profound impact on me, it felt as though the whole world was watching and celebrating as we reached for the stars once more.“